Laura’s sister visited from Cleveland. The two of them are fresh, Midwest, corn-fed beauties. I’d like to take both of them and…never mind. Laura has never had a cavity. Sometimes, after we’ve had a few drinks, I make her open her mouth and show me her pearly perfection.

Beforehand we had dinner at Lucky Strike. The waitress clearly thought Laura and I were a couple and Laura played like we were. She was wearing a low-cut, skin-tight top and bent over low when reciting the specials. Then she gave me a secret wink. The two of them thought it was hilarious but I wasn’t amused. This shit only happens to me when I’m with a girl. Girls like to steal boyfriends. It’s a fact! If Klinger had been with me she’d have looked right through me. She was delightful. A little chicken lost in New York.

Over appetizers, Laura said Lynn had to see a doctor because of a bladder infection from too much sex. In the same conversation she complained of not having enough sex. Lynn is the beautiful cheerleader in high school that everyone wanted but no one could have. Her perfect, soft face belongs on the bow of a ship. This oversexed work of art, complaining about being undersexed.

One evening the three of us went to El Teddy’s. Lynn took my arm while crossing West Broadway and I felt a sudden surge of lust. She likes me well enough, as does Laura, but they have expensive needs. You have to know your lane. Jessica was asked out by a junior investment banker at work. Her boyfriend is a personal trainer and Chippendales dancer. A massive brick wall of a man who could take that banker’s head in the crook of his arm and crack it like a walnut. The sight of that white shirt and tie trying to stir desire in Jessica was kind of sweet and sad.

I entered a contest to win a trip to The Mirage in Las Vegas. It’s a tie-in for some dumb Billy Crystal movie. City Slickers. I have no idea what it’s about nor do I care. I do, however, want to stay at the Mirage for free. It’s only two years old and I love new hotels.

I took my daughter and her pal to see Richard Serra’s big oxidized walls at the Gagosian Gallery last October. Happier times. 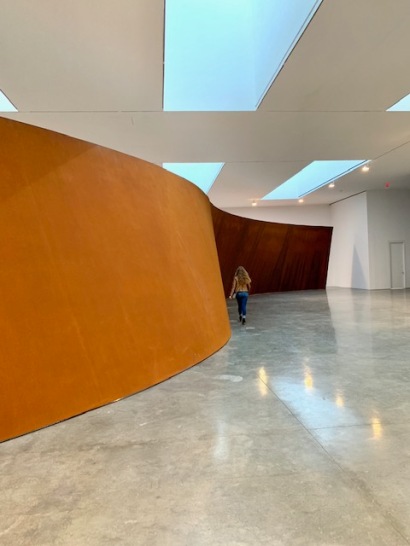 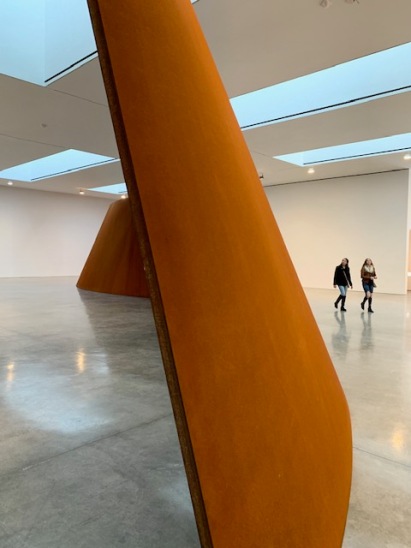 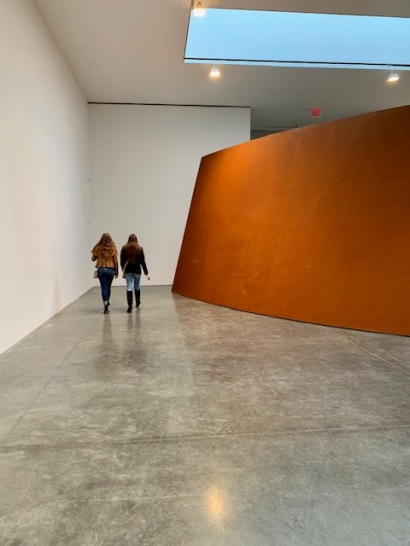 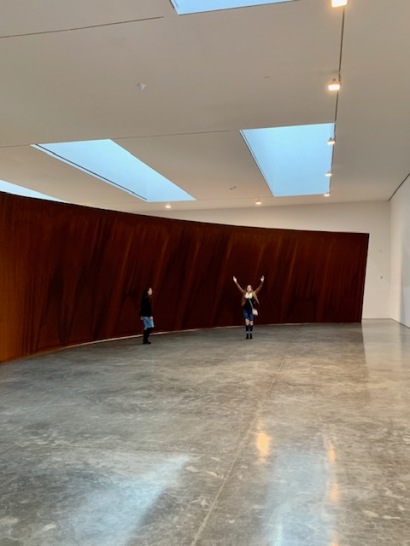 My poor city. I don’t want to get all Oprah on you guys but my heart is broken. 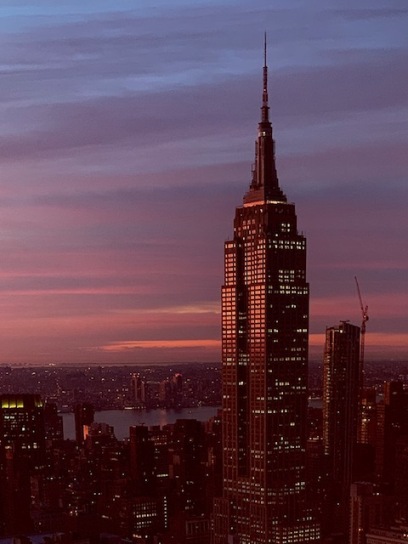 23 thoughts on “Water everywhere but not a drop to drink”