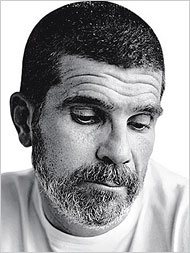 I included a pic of David Mamet to make it appear as though he’s reading this post. Tee-hee.

The fall theater season is starting to take shape and if you like the acerbic wit of David Mamet (who doesn’t?), you’re in luck. There are no fewer than THREE Mamet productions being mounted. His, some claim, woman-hating play Oleanna, will get a Broadway revival staring Julia Stiles and Bill Pullman. It’s Stiles’ Broadway debut. Good luck, cupcake. I saw this play years ago in the East Village with William H. Macy and Rebecca Pidgeon (Mamet’s wife). A college professor stands accused of sexual harassment. Did he do it? That depends on who you ask. Men tend to say he was falsely accused. Women tend to be wrong.

Mamet’s new play, Race, is also getting a run on Broadway. Mamet’s new productions are shrouded in secrecy. I think it’s more of a marketing ploy than anything else. Race will star James Spader and Richard Thomas.

Finally, The Atlantic Theater Company, one of my favorite venues in the city, will host a pair of Mamet one act plays. One-acts are great because if the first one stinks, you needn’t suffer for very long. An entirely new play will start after the interval. After the Mamet one-acts, the Atlantic is mounting a Sam Sheppard play. Those guys really have their shit together.