Back in April I did a post about the annual rare book fair at the Park Avenue Armory. One of the more unconventional non-book items up for sale was Ernest Hemingway’s typewriter. Asking price: $110,000. 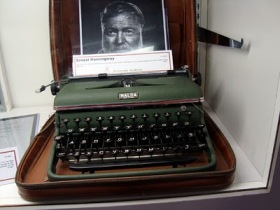 I thought it was silly and couldn’t imagine why anyone would buy a typewriter when, for that kind of money, you could almost have a complete run of Hemingway first editions. Almost.

Lo and behold, on Tuesday, Christies sold Jack Kerouac’s Hermes 3000 manual typewriter (not the one he fed a roll of teletype paper into to write On The Road) for $22,500. It was the last typewriter he owned. The estimate had been $20,000-$30,000. Auction listing here.

Neither of those prices touch the $254,500 paid last December for Cormac McCarthy’s old Olivetti (est. $15,000 – $20,000!!! Proof positive that all you need at an auction are two people with deep pockets who want the same item really, really bad). Auction listing here.

This was the typewriter McCarthy used to write all of his major novels. McCarthy still owes me the $14.95 I paid for a paperback of The Road. A depressing, over-hyped novel that I didn’t waste my time finishing. 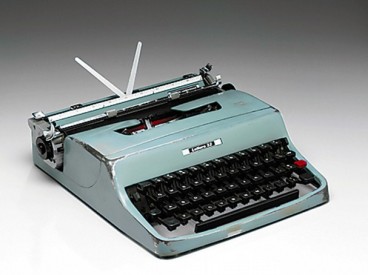 There’s no accounting for what people are willing to collect. I, myself, have a few book cases full of rare books that cannot be read. They shouldn’t even be opened for fear of cracking the glue in the spine. Books that can’t be read!? How lame is that?