I paid a visit to the Whitney Museum of Art to take in their current exhibit, Modern Life: Edward Hopper and His Time. The Whitney has more Hoppers in their permanent collection than any other museum, so they trot them out on a fairly regular basis because they’re crowd pleasers. (Which is to say, revenue-generators.)

I’ve read that some folks complain but I don’t mind one bit. Call me pedestrian but I love Hopper’s work. The idea (this time) is to pair a selection of Hopper paintings with works from other artists who were his contemporaries. I believe the intention is to give the viewer a feeling of the moment in time when these pieces were created. Initially, it sounded like kind of a flimsy premise but I think the exhibit is a success.

The majority of the painting on display are by Hopper but you also have works by Charles Demuth, Alfred Stieglitz, Ben Shahn, etc., etc. You’ll see this beauty, which was painted by Hopper in 1921… 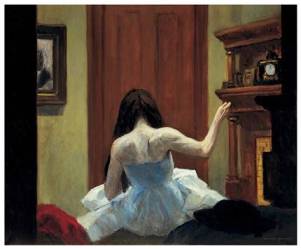 …hung near this fantastic photograph of Wall Street that was taken in 1915 by Paul Strand. The pieces really do work in concert with one another and I’d like to see the show again before it closes in April. 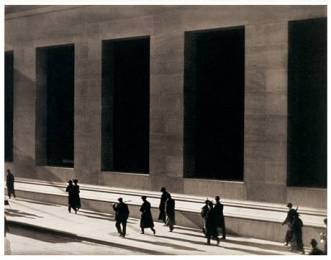 What I wasn’t expecting was to be blown away by another exhibit running through February 13th; Charles LeDray: workworkworkworkwork. I’m a bit of a traditionalist and a snob when it comes to museum exhibits. I’m not much for contemporary art, so it takes quite a bit for me to take notice. LeDray, who I knew nothing of walking into his exhibit, is a sculpture who creates objects to small scale. It looks like painstaking work but the end result is a fun romp.

The best piece is this miniature men’s clothing store. The clothing is hand-sewn miniatures. There’s a round table with a selection of tiny ties splayed out as you might see them in Macy’s. It’s impressively detailed work. 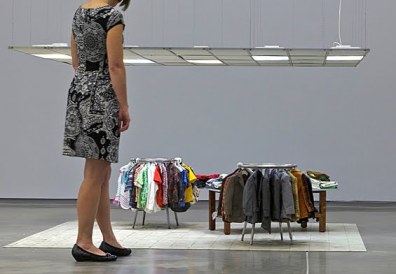 One of the mediums he works in is human bone. Apparently, you can get bone on the market. Somewhere. Not New York, I’m sure. I think there’s a deeper meaning attached to this wedding band on bone piece but my enjoyment is all right there on the surface. 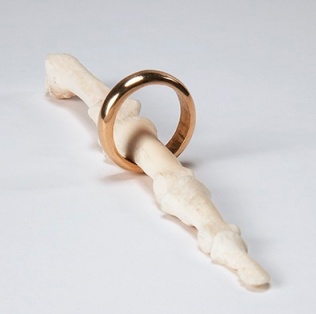 This is a cricket cage carved from human bone. Again, what does it mean? I don’t know but it doesn’t rob me of any enjoyment. 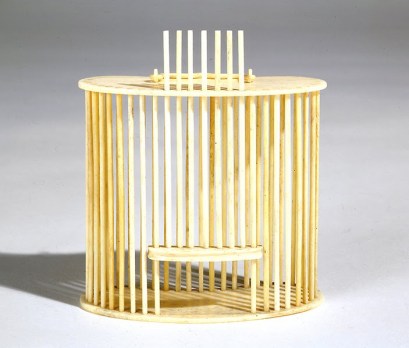 LeDray created hundreds (thousands?) of tiny clay pots. There are three display cases. I would have liked to get a shot of the third case containing pots in a multitude of colors but the security guard was on to me. You can’t really tell how small these are because there’s nothing to reference the scale, but these are tiny, tiny pieces. I’m not sure how he accomplished this. If you happen to be in town visiting from a far-off land, it’s worth your time and effort to visit this before it closes. I’m talking to you, Dinah. 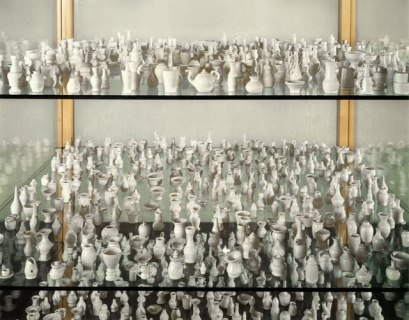 18 thoughts on “Don’t you love surprises?”