I just came from Lincoln Center where I saw a piano recital. I know most people would find that to be a big bore-fest of an evening but that stuff feeds my needs. The program included Bach’s Tocatta and the beautiful Six Moments Musicaux by Rachmaninoff. The pianist was Xiayin Wang and, oh Sweet Mother of Jesus, what a performance! Do you realize the level of musicianship someone needs to attain in order to play at Alice Tully Hall? It takes a superhuman, almost mystical capability. You have to be, quite literally, among the best in the world.

They completed a major renovation of Alice Tully Hall just two years ago. The concert hall itself is a work of art. It’s all soft angles and perfect acoustics and warm wood and full sound. And it’s super-comfortable, to boot. I was sitting on the side balcony, which is the perfect view to watch her fingers dance across the keyboard. 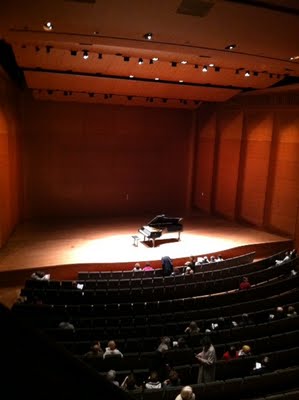 The program had this to say about Bach’s Tocatta:

The intervening slow passage raises questions of its own in its harmonic circling, and has to deal with an early crisis in the form of an extraordinary diminished-seventh tremulation.

WHAT THE HELL IS THAT SUPPOSED TO MEAN?

What a bunch of pretentious gobbledygook. They could just as well have written this:

The day before I was bathed in Lincoln Center splendor, I passed this on Varick Street in Soho on the way to work: 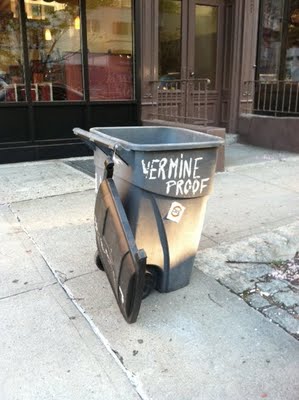 Yeah, vermin proof if the lid is on. What kind of twisted city ordinance requires that the garbage bins that are vermin proof need to be labeled as such? Vermin can’t read. I like the lettering. It looks like the cover of a death-metal CD. I am happy to report that I saw this near the Trump Soho Hotel. Make of that what you will.

Since I work on the third floor, I don’t bother with the elevator. I take the stairs up. Right after I saw vermin-proof, I bumped into this little fella right around the second floor: 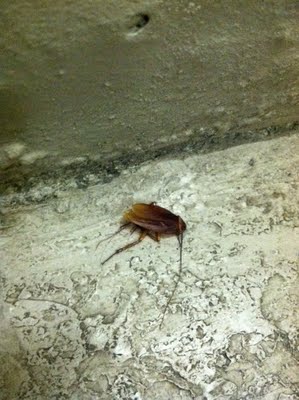 It looks like someone mushed his little head. They call these “water bugs” but that just a pleasant name for a BIG cockroach. I should have put a coin next to him to give you a sense of scale. He’s a bit larger than your thumb.

New York. You gotta take the world-class pianists with the vermin.

11 thoughts on “Two sides of the same NYC coin”