I’ve been pumping out these stupid posts for close to four years now and have done so selflessly without asking for, nor expecting, any kind of compensation. I do it because I love you all so bloody much. I just want to be your performing chimp. But now it’s time for you guys to step-up, band together and show me a little love. On December 13th, Sotheby’s will hold an important rare book auction here in New York. I think it would be a special treat if you guys could somehow pool your resources and gift the following to me for Christmas:

A first edition of Ian Fleming’s Goldfinger, inscribed to Raymond Chandler: To Ray. With much affection. From Ian.

Are you kidding me?! Do I want a first edition of Goldfinger inscribed by James Bond to Philip Marlowe? Yes, I do! Fleming, a book collector himself, rarely inscribed books. This is an association copy. An association copy is inscribed by the author to someone significant. It could be his wife or his editor or the guy who helped invent L.A. noir detective fiction. Estimate: $60,000-80,000. C’mon guys! You can do it! Pretty please. You can also pick up Chandler’s personal copies of Casino Royale and Live and Let Die, but since they’re not inscribed by Fleming, the estimate is a measly $7,000-10,000.

There’s a large representation of signed Raymond Chandler books in this auction. There are many personal copies, including his own copy of The Big Sleep, lovingly inscribed to himself: For me. Without my compliments. Raymond Chandler. Riverside. February 1, 1939.

The fact that it’s signed in the year of publication (perhaps the DAY OF publication) is significant to collectors. Estimate: $60,000-80,000.

Longtime readers know how much Harper Lee’s To Kill a Mockingbird means to me. It changed the course of my life. Well, here’s my one and only chance to own a signed first edition. The estimate is $20,000-30,000 but, really, how do you put a price on something that transcends monetary value?

There are a few oddities in the auction, including Charlie Chaplin’s bowler hat (estimate $15,000-20,000) and, perhaps strangest of all, the original Apple Computer Partnership Agreement and Dissolution of Contract signed by Jobs, Wozniak and Ronald G. Wayne in 1976. The estimate is an astronomical $100,000-150,000! I suppose some wealthy computer geek would be interested in this. Personally, I’d go for the copy of Goldfinger. Jobs signed his name in all lower case letters. What a weirdo. 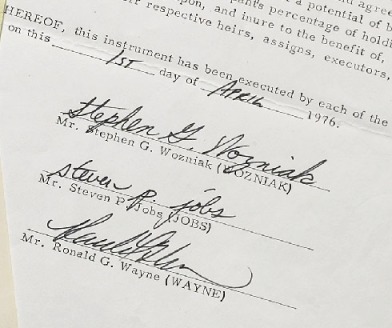 I have a pretty healthy collection of Graham Greene first editions. There’s one title that NEVER comes on the market; his third novel, Rumour at Nightfall. Greene so despised this book that he had it suppressed immediately after its publication. The only way you’re going to read this and find out just how bad it is, is to buy a first edition. And this spectacular example is estimated at $50,000-60,000. 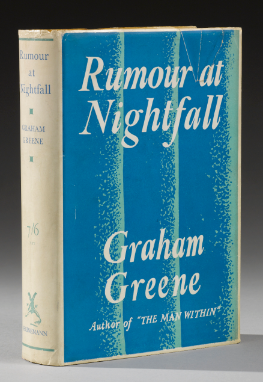 27 thoughts on “All I Want for Christmas”