On my lunch hour I hopped on a downtown C train to the Mary Boone Gallery in Chelsea to view Ai Weiwei’s exhibit, Sunflower Seeds. Last May I did a post about his fantastic Circle of Animals/Zodiac Heads installation outside The Plaza Hotel. He’s become so enmeshed in Chinese politics that many people view his work through a filter. He is also seen as a human rights activist. Fortunately I’m not a deep thinker, so I can enjoy his work on a purely visceral level.

This is a scaled-down version of the exhibit that appeared in the Tate Modern in London in 2010. At that show, the turbine hall was covered about four inches deep with porcelain seeds that were hand painted to look like sunflower seeds. Supposedly, there were 100 million pieces to the exhibit. He employed 1,600 villagers and it took several years for them to create the seeds and then paint them. Originally, it was a participatory exhibit that allowed visitors to walk in the seeds. But as people walked on it, a toxic cloud of porcelain dust rose and that put an end to any contact. 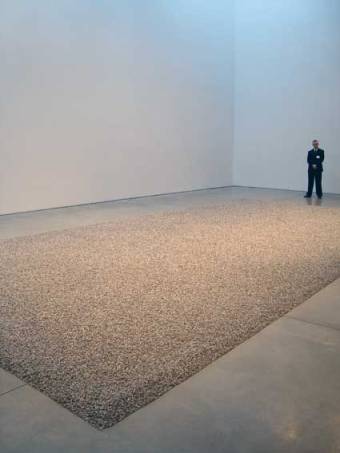 While the London exhibit looked to be awe-inspiring, this is a much smaller showing and it doesn’t have much impact. The gallery euro trash employee I chatted up said that only about 3% of the seeds were on display. When I go to special exhibits of this ilk, I always hope for a punch when I turn the corner but this was underwhelming. It was a bit of a disappointment. More would have been better. 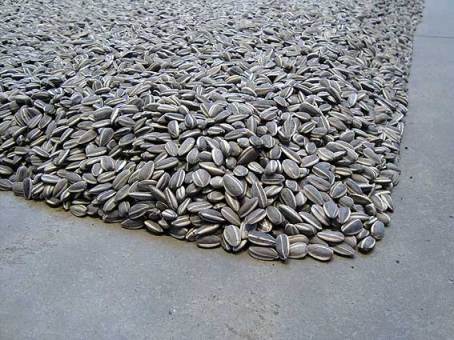 I badly want to reach down and run my hand through it and even pocket one, but there is a security guard posted who means business. I heard him yell at a few people while I was there.

On the way back to the subway I passed by the Bryce_Wolkowitz_Gallery and these fun sculptures caught my eye. The artist is David Updike. I think he might be John Updike’s son but I’m not sure.

Do you see the pretty pink blossoms in the bud vase? They’re tiny commodes! How fun is that?! 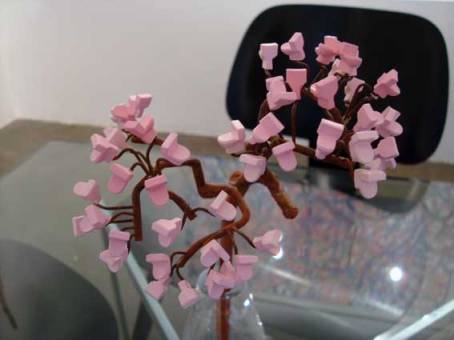 This leaning sculpture is another work in miniature. 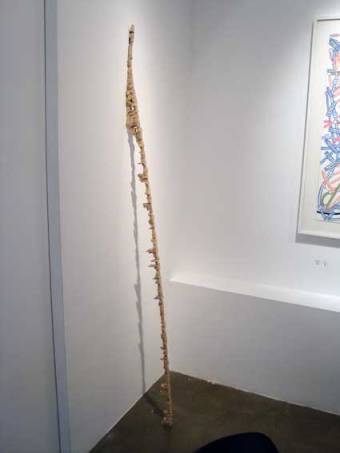 They’re actually tiny hand painted boxes from retailers like FreshDirect, IKEA, Pampers, etc. I wish I had held a quarter up to give it some scale. These are very, very small works. I like it a lot but I think the piece was $17,000, so you won’t see it in my home. The new puppy would make mincemeat of it. 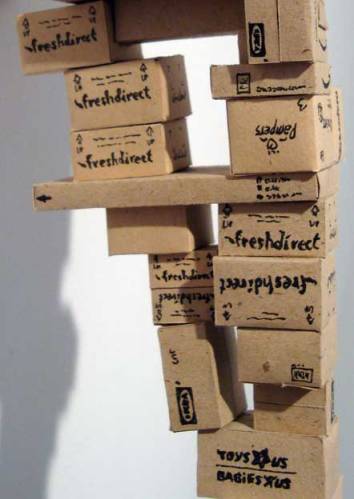