Waitaminute. Are you telling me that people are using food stamps to buy lotto tickets?

Let me establish my bona fides. When dear old dad decided to bail out because being a dad wasn’t his thing, man, we went on food stamps for a brief period of time. Additionally, Fr. Tulley from St. John Bosco arranged a few food drops. Overnight, my mom went from housewife to breadwinner. She hustled and got a job at an office supply store and got us off food stamps as quickly as possible. This all occurred during my formative years and needing a hand-out was a grievous humiliation that I used to define who I was for a long time.

It depresses me a little to think people are gaming the system in this way. I can almost understand tobacco and alcohol because those are addictions and when you have a substance addiction, you’re not going to let a little thing like an impropriety stand in the way of getting what you need. But lotto tickets?

I am a naïve waif to be surprised by all this. You can take the boy out of Ohio but, etc. I am in favor of this law. Merchants can now refuse to sell these items to customers who are paying with food stamps. Does that make me heartless or (shudder) conservative? Christ, I hope not. I don’t want to be either.

The New York Times and CNN have been following the story of the Norwegian ex-pat in Dubai who went to the police after being raped and was promptly sentenced to 16 months in prison for illicit sex outside of marriage and alcohol consumption. It doesn’t do much for my opinion of Islamic law and even less for Dubai, which is apparently a gilded cage and a hell-hole for women.

I meditated on this. I’m a tolerant guy but reading stories about Muslims who immigrate to Western countries and then wall themselves in and refuse to follow the rules of law when they conflict with their cultural or religious beliefs doesn’t give me warm feelings. It makes me wonder why they’d want to be here in the first place.

Dubai is an appalling place but everyone going there knows the rules. As egregious as they are, should they to be condemned for enforcing their laws any more than we are for enforcing ours? They have since issued a pardon, but a pardon implies she’s guilty of the crimes charged. I hope they realize how foolish they look.

Joe Queenan
One For The Books

Summer is half over. 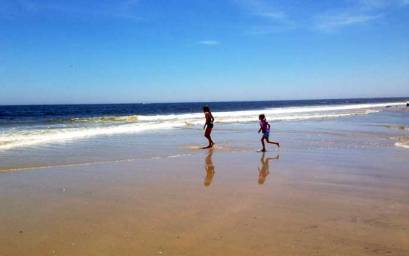 24 thoughts on “My quasi-liberal bent is sorely tested”