Mental health is mostly a matter of personal choice. That’s the theory put forth by psychiatrist and ex-Clevelander, Dr. William Glasser, who just passed away at age 88. Dr. Glasser wrote a series of successful books about how mental health problems can be resolved by accepting personal responsibility for our own actions. He believed that people are more in control than they realize, which is a scary proposition for many. It’s a heavy responsibility.

“We choose everything we do, including the misery we feel. Other people can neither make us miserable nor make us happy,” he wrote. This will sound familiar to anyone who has dabbled in Buddhism or meditation.

These theories were rejected by psychotherapists who were proponents of prolong, deep-dredging psychoanalysis. Dr. Glasser shifted the power to heal from the doctor to the patient. You can see why this didn’t sit well with many. It’s hard to buy a sailboat when your clients are leaving in droves to cure themselves. Dr. Glasser was adamantly opposed to drug therapy, which upset the pharmaceutical industry. He also believed that efforts to change other people in our lives are doomed and could actually be the cause of further emotional duress.

He encouraged teachers to abstain from class rankings and grading, seeing them as corrosive. “Once children start failing, they begin to believe that they can’t do anything. They give up.” That was me. I was an academic failure. I didn’t do well early on and it fed on itself, like a cancer. If there had been standardized, mandatory testing in order to graduate, as is the case today, I wouldn’t have been awarded a high school diploma.

There are, in my view, valid criticisms. Children shouldn’t be burdened with that much responsibility. Also, there are serious mental illnesses, such as schizophrenia, and cases of ongoing physical and psychological abuse that require outside intervention. But in many instances (certainly, mine), satisfaction can be achieved and sustained by avoiding the urge to blame others and relive past hurts. It’s hard work, but it can be done.

I’m not exactly a bastion of psychological strength, but I shudder to think of the mess I’d be if it weren’t for my continued efforts to stay grounded. To that end, I have a little trick I’ve been employing for years. Whenever I start to spiral into my dark, terrible thoughts, be it on my long commute or staring at the ceiling at 3:15 a.m. or even walking up Madison Avenue, I’ll stop myself and my inner voice will say, “Or, I can choose not to,” and I tend to snap out of it. Not every time, but often enough. It‘s beautiful.

I just reread that last paragraph and it sounds silly, but it’s a powerful tool. And the more you use it, the more effective it becomes. I’m terrible at meditation, but at least I took that much from it.

“People are just as happy as they make up their minds to be.”

Here are a few selections from this weekend’s trip to the local botanical garden. I can’t name any of these flowers. Not a one. It’s not my thing. But I can tell a first edition of The Heart is a Lonely Hunter at five paces. That’s got to count for something. 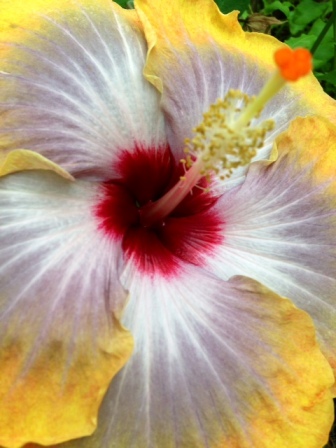 I think these next ones are daisies. Right? 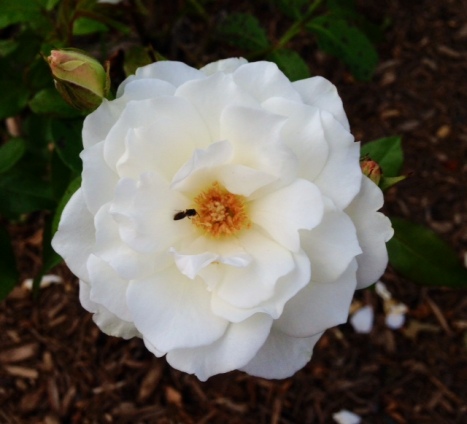 40 thoughts on “The lunatic is in my head. Yours too? Here’s a neat trick.”