Oops!… I Did It Again

I had another round of Mohs surgery to have a spot of Basal cell carcinoma removed. This is my third time under the knife. The first two times it was high on my forehead but this time it was right above my eyebrow, so I got a bit of a shiner. I have to go back after the New Year for more of the same.

I wish I could step into the way-back machine and talk to my younger self. I’d say, “Listen, stupid. Put some sunscreen on and reapply it every few hours. Wear a hat. And go to college.” I was trying to think of something positive that came out of this and the only thing I could come up with was that The Daughters are learning a valuable lesson from their vain old man. Let that be a lesson to you, too. Do you want to walk around looking like this? People stare. 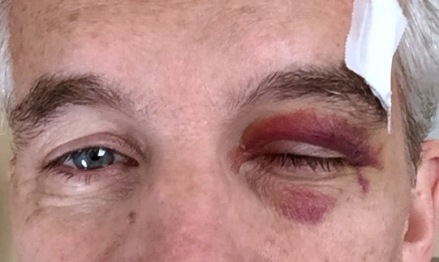 Every so often, a play will open on Broadway that’ll become an event that’s bigger than the play itself. The New York Times and New York magazine will deem it a living miracle and the culture lemmings—many of whom don’t actually give a damn about theater—all line up for tickets, which artificially inflates the price and renders the show unaffordable for the plebeians. It happened with Rent and The Book of Mormon.

Hamilton is such a show. Tickets are being sold into next summer. No joke. It’s an impossible ticket. You simply cannot see it any sooner than that. Unless…

A senior executive from the California office was visiting. I asked if he was doing anything fun while in town. He said he saw Hamilton last night and enjoyed it.

Two weeks prior to that, I was talking to a visiting board member. He said he came in on Friday with his wife to spend the weekend in the city. I asked if he did anything fun. He said he saw Saturday Night Live.

“How did you get tickets to SNL if you just got into town the day before?”

That’s how life is for the well-heeled. They click their fingers and things appear. I used to prepare marketing material for the Private Wealth division of a major investment bank. I’d always known about High Net Worth clients, but that assignment introduced me to Ultra High Net Worth clients. It gave me a new benchmark for my own mediocrity.

I didn’t grow up in abject poverty. There was always food on the table and a roof over my head, but not much else. When you grow up quasi-poor, no matter how well you end up doing for yourself and your family, inside your head, you’re still poor. These constant, nagging episodes don’t help matters.

I’ve seen what wealth can do up close. It goes beyond hard-to-obtain show tickets. Ultra High Net Worth clients never go to a hospital emergency room. They have a team of private doctors and specialists on-call. I’ve also seen what it’s like to be broke. It drove my father away. I am a lethal cocktail of envy and resentment.

I’m a bit of a social lefty, so I was shocked (shocked!) at my reaction to the attacks in Paris. My knee-jerk solution was to detonate a thermonuclear device over Syria. I doubt that’d eradicate the problem entirely because filth and roaches can survive being radiated, but I’ll bet that’d slow them down a bit and show them we mean business. My bride and I lived about a mile from the World Trade Center when it came down and it took me back to that week. Vive la France. 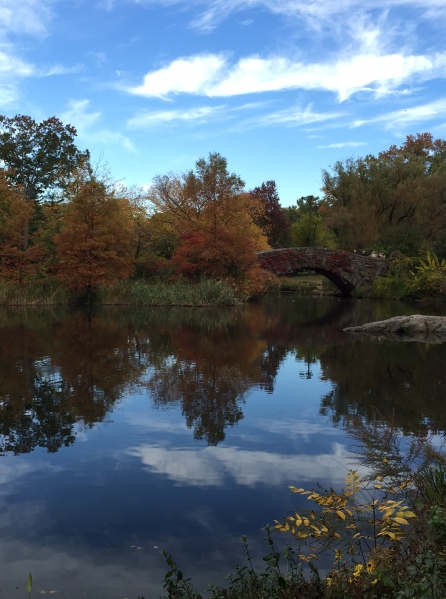 Well here I am Lord, knocking on Your back door
Ain’t it wonderful to be, where I’ve always wanted to be
For the first time I’ll be free here in New York City 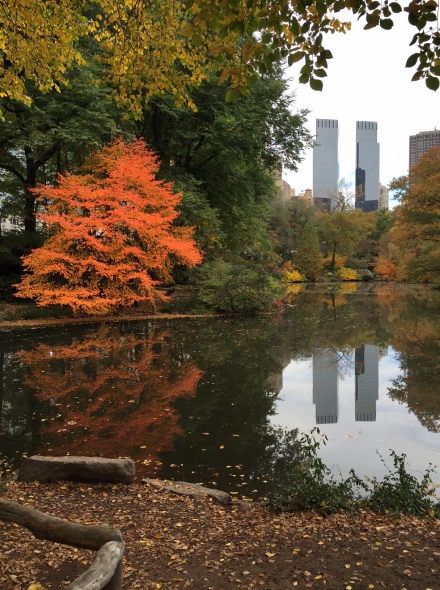