14-Year Old Daughter was Confirmed by the Catholic Church. For the uninitiated, Confirmation is a spiritual rite-of-passage. A sacrament. It’s kind of like a Bat Mitzvah, I think. Actually, I’m not quite sure what a Bat Mitzvah is.

At Confirmation, you receive seven gifts from the Holy Spirit:

HOLD IT. Back up one. What do they mean Fear of the Lord? Does He really want us cowering in fear? Wouldn’t ‘Love of the Lord’ be psychologically healthier? It sounds like yet another Catholic beat-down to me. They should change that last one to ‘Fear of the Church.’ That’d be more accurate. 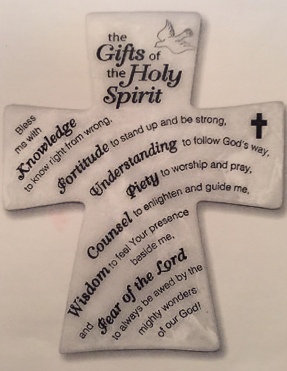 Not-so-fun Fact: In the Pledge of Allegiance, the phrase, “under God,” was tacked on in 1954 as a response to the Communist scare. Idiots.

Manhattan skyscrapers are loaded to the teeth with over-sized lobby art. There are some nice pieces by Roy Lichtenstein and Frank Stella. The murals in Rockefeller Center are spectacular. But there’s one piece that isn’t about aesthetics. Can you guess what this is? 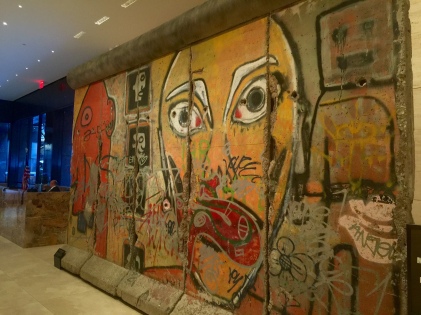 These are five sections of the Berlin Wall. Remember that one, old timers? I don’t know who trucked these things all the way to NYC—they must weigh tons—but I like them. I remember when the Berlin Wall fell in 1989 there were people down on Wall Street selling what they claimed were pieces of the wall. This side faced West Berlin. 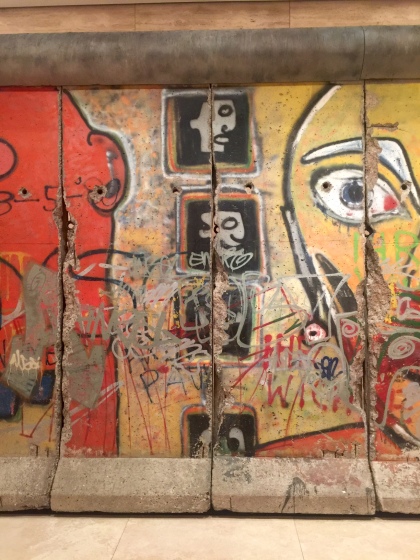 The East Berlin side tells you everything you need to know about what it must have been like to live there. 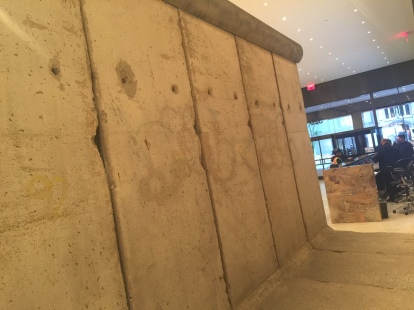 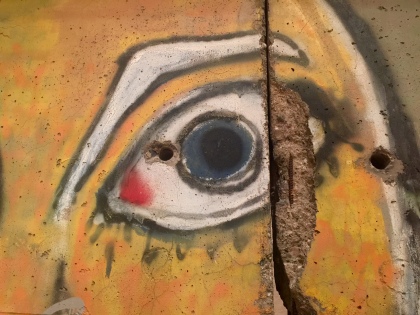 For Christmas, Colleen gave me a book about people throughout history who’ve kept journals. I don’t know what made me think doing this was so special. You walk around thinking you’re one in a million but the truth is you’re a dime a dozen.

Kat and I exchanged gifts. She put a catalog of worldwide timeshare properties in my lap and said, “Pick one and I’ll send you.” I got her bamboo windchimes.

I felt terrible and tried to tell her I couldn’t possibly accept. I told her it was an unwarranted, undeserved and overly-extravagant gift. I phoned Marshall and he called me a fucking idiot and said to pick the place the furthest away. Preferably on the other side of the planet.

Oh, she also handed me a beautiful, professionally wrapped box and inside was a great Ralph Lauren tie and an evergreen cotton/linen pullover sweater. She said she really likes her windchimes and can’t wait to hang them. I got the 8:00 train back to the city.

There’s a terrible exhibit at the Whitney right now. A lot of cold, soulless, hyper-modern garbage, if you ask me. This was the only piece that had some humor. These are Gary Simmons’ gold-plated basketball shoes. 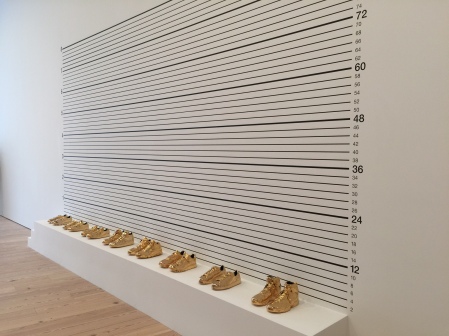 Yes, real gold. Of COURSE it doesn’t make any sense. I don’t know if it’s supposed to. It’s playful. 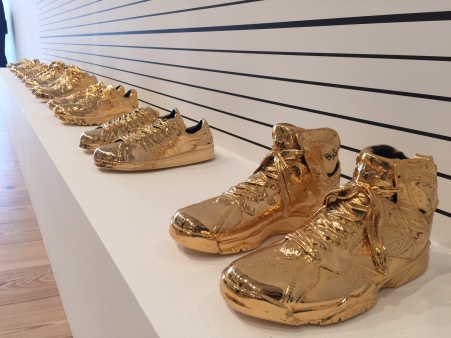 I think those markings running up the wall are the measurements from a Branncok Device. Someone had to point that out to me. I’m not that clever. 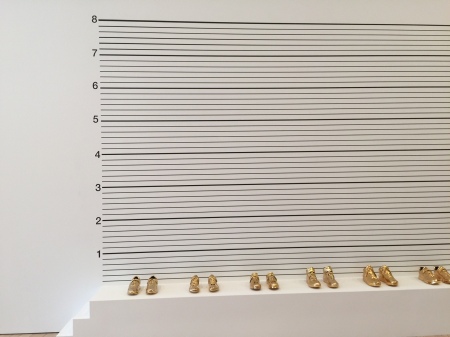 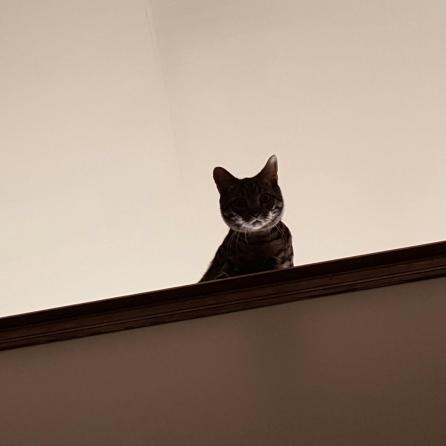