I went to the Empire Diner on 10th and 22nd with Lucy for a holiday turkey dinner. Golly, she sure is pretty. We picked up her friend, Lynn, along the way who’s even prettier than Lucy. I was the meat in a hot, wealthy girl sandwich. Lynn is a self-described spoiled rich girl. Her parents have been divorced for a long time. Her father is an executive who confuses love with money. She knowingly manipulates him. She said all she has to do is turn on the tears and he’ll throw $500 at her.

Despite this, I found her charming and engaging with more self-awareness than most New Yorkers I meet. She’d never get involved with someone who wasn’t wealthy but I still thought she had a certain lack of pretense. She has a boyfriend in London but chases boys here in New York. Why not? She’s only 23, looks like, and is worth, a million bucks. Why settle down?

She asked me—a total stranger—what she could do to improve herself. I said read a book and she gave me a puzzled look. I didn’t understand until later but she was referring to cosmetic surgery. I think she was fishing for compliments or looking for me to validate the fact that her body and face are perfect and can’t be improved upon. They are and they can’t be.

She knew I was smitten and was toying with me. After dinner, while walking down 23rd street, she took my arm, told me her birthday was next week and playfully asked what I was going to buy for her. I asked what she wanted and she said, “Something expensive. Something from Chanel.” She’s like a living, breathing cliché. She’s a perfect physical specimen.

I got a surprise Christmas card in the mail this morning. The last time I heard from Sheila was back in October at the George Michael concert. We saw his “Cover to Cover” show at the Garden. He sang Fame better than Bowie. I liked Papa Was a Rolling Stone, too.

After the concert she turned to me, looked me dead in the eye and said, “What do you want?” Asked it twice and made it sound like an accusation. I sat there in stupid silence and felt foolish. There’s no answer because I don’t think she has anything to offer. I didn’t call her after that. I hate confrontation and will do pretty much anything to avoid it. Her Christmas card said to keep in touch. It was kind of upsetting, to tell you the truth.

Klinger and I saw Denis Leary’s “No Cure for Cancer” at the Actor’s Playhouse. I had comps. He and I are a couple of sad sacks. We have no idea what to do with our lives. He has a little more direction than I do, but not much more. I asked how his investor’s party went and he said it amounted to a cast party with some bums that wandered in off the street, but no investors. He didn’t ask me for money, thank God. I told him I had to work and couldn’t attend out of fear he’d ask me to a contribution. I let it slip that I went out that night and had to scramble to come up with a plausible lie to cover my tracks. It was a cold, rainy evening. Blue Christmas. 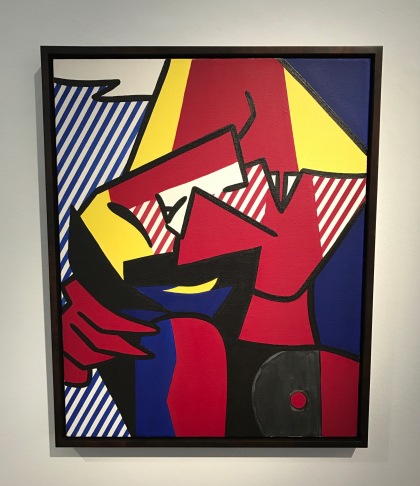 I didn’t see the arm and hand until quite some time after I stared at this. It wasn’t so obvious in person. 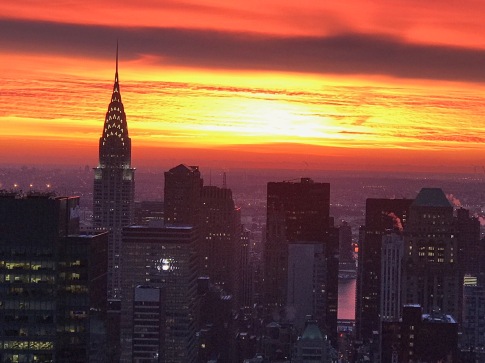 55 thoughts on “Despair: Mine and Roy Lichtenstein’s”