In my last post, all I did was move a rock a few inches. Look what he did.

Contemporary artist and political rabble-rouser Ai Weiwei dropped a Han dynasty urn. The event is memorialized in a sequence of three black and white photos. Last February, at a Sotheby’s auction in London, a set (#3 of 8) was estimated to sell from $200,000-300,000. It sold for $1,091,000.

I saw these in the Pace Gallery. They weren’t photos, though. They were much larger than the original pics. 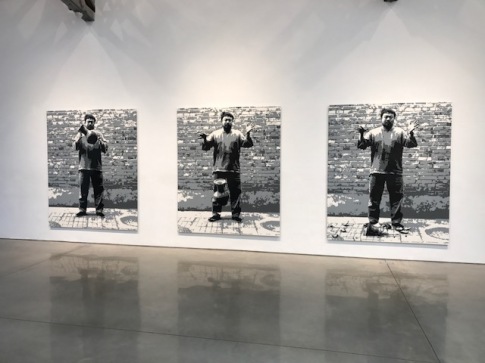 The pixilation only revealed itself upon close inspection. 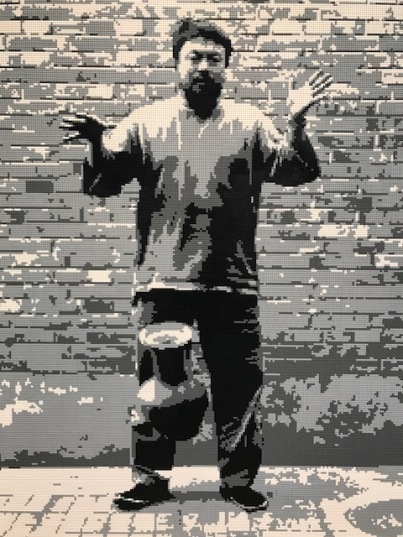 These are made from thousands of tiny Lego bricks. 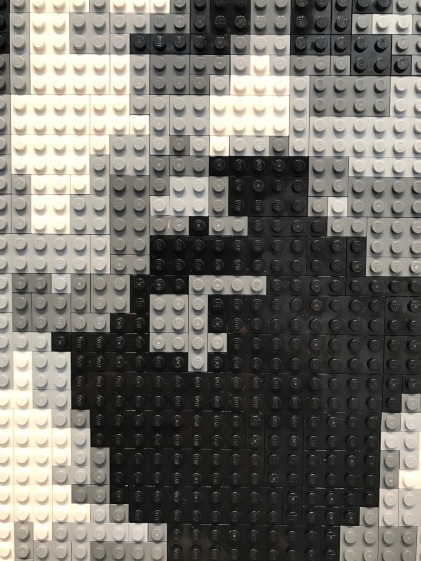 Margret called. She such a racist pig—always making some crack about gays or blacks—but she’s so stunningly beautiful that I get woozy and forget all about it when she pays attention to me. What a body. She was bitching and moaning about men. It’s been an endless parade of mama’s boys who live at home and can’t stand on their own two feet. She called them spineless. I told her I was going to the Bahamas with Lauren and she said she’d miss me, which I know isn’t true.

Worked until 8:00 and brought home a grilled kofta from the Afghani kabab joint on Houston. Superb.

[Note: What follows is my first meeting with a girl who knocked the life out of me. It took a long, long time to recover. It’s interesting to read about a precise moment that had such profound and long-lasting implications, but to not have any idea at the time. My present self wants to reach into the past and scream a warning. In the break-up, I got New York and she got Omaha.]

I was outside The Public Theater on Lafayette waiting for Klinger. We had tickets for an Irish Rep production. That guy is habitually late. He does it to take control. So passive/aggressive. I took a seat on a steam pipe and watched the big parade. A pretty girl standing next to me looked down and said, “Would you like a BLT?” I thought she was kidding but she pulled a sandwich out of her bag and handed it to me. I told her to pull up a steam pipe.

She was waiting on her roommate, who was also late. We cursed them. She was easy to chat-up. Younger than me. Tall with a long mane of willowy brown hair. Pretty eyes. Smoked incessantly. She’s an actress so I think I’m doomed. [Note: You have no idea, youngblood.]

Curtain time approached and there was no sign of Klinger or her roommate so I told her she should join me, to which she agreed straight away. I tried to give her the bum rush into the building, hoping that idiot Klinger wouldn’t show up at the last second but, of course, he did because that’s what he does. I could’ve killed him. Later that evening he told me I should’ve waved him off.

I gave her my phone number and she called. Laura. I told Betsy and she said that because of the unusual circumstances surrounding our meeting, she’s THE ONE.

I’m having Candace over for dinner again on Thursday after her therapy session with her girlfriend, which is never boring.