I was depressed so I went to the Polish Kitchen on Avenue A and 2nd Street and ate a big plate of pierogi with sour cream and fried onions. Peasant food always cheers me up. Afterwards, I sat at a bar on Ludlow St. and read the paper. Judd Nelson pleaded no contest to kicking Kim Evans in the head.

Went home, sat on the fire escape and read a Mamet book. I brought the phone outside but when it rang I didn’t answer it. I was afraid it was Laura and I didn’t want her to know I was sitting at home with nothing to do on such a beautiful night. Turns out it WAS Laura. She left a sweet message. Thank God for my cunning.

There’s a thick, metal bar that stretches from the fire escape to the building that will support my weight so I’m going to start doing chin-ups every morning.

Got a call to do some freelance work at Lehman Brothers but I declined, despite being dead broke. These are awful days. Bonnie has been very good to me, though. I can talk to her about anything. She might be going to the Berkshires for the weekend. I told her she’s not permitted because I need her here. We laughed but I wasn’t kidding.

I saw Laura four days ago but it feels like a month has passed. I told her I was busy every night this week but the truth is I have no plans. I don’t want her to think she’s running unopposed. I hate playing these idiot games but everyone in Manhattan does it. I’d see her tomorrow if it weren’t for fucking Baby Gap.

This has to end. Enough. I’m going to tell her to stop calling. Between the boyfriend in Nebraska and the ever-present danger of an acting gig that’ll require her to make out with some random guy 8x/week in front of an audience, I simply can’t take it anymore. I shouldn’t date actresses but I can’t help it. I love them so much. I’ll go back to Ann and her coconut oil-slathered nights.

Is that how it is? I can’t be with a woman if I care about her too much? I can only sustain a relationship if I don’t mind losing her? What the hell is wrong with me?

Do you want to hear something funny? I’m depressed, broke and my heart is heavy, but I’m not bored. I can’t recall the last time I was bored. I’ll never break up with New York.

This Christmas, vinyl was introduced to a new generation. She ASKED for it. I didn’t impose my old man ways on her. She’s got a romantic notion in her head. 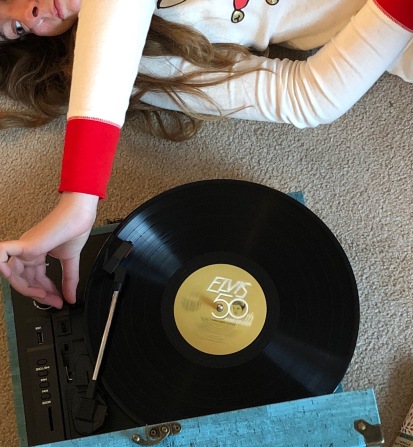 It’s a thrill to read liner notes again. But wait until she finds out what a pain in the ass LPs are. Their delicate nature. You can’t skip a bad song. I predict she’ll run back to digital by spring.

Would you indulge me and allow an idle brag? Just this once? A journalist in Dubai was interviewed about how art affects her life. 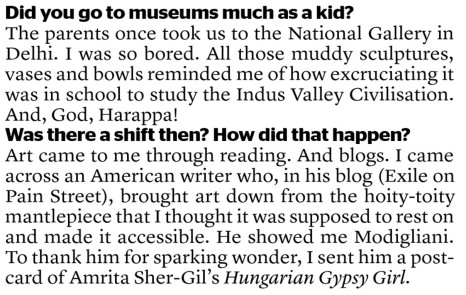 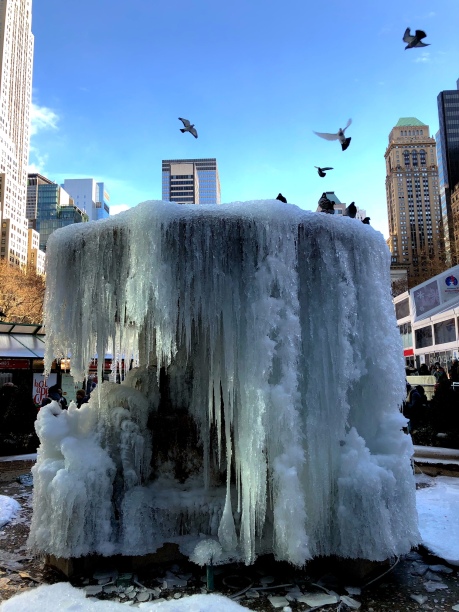