I just had a birthday. I won’t reveal my age because I’m hung up on it. Don’t laugh. Some people vape. Some follow the Kardashian’s exploits. I’m hung up on my age. None of it makes sense.

There are more years behind me than in front of me. This leads to an inordinate amount of introspection. Too much! I was dealt a weak hand early on but I played it pretty well. Instead of celebrating that, I choose to focus on my missed opportunities and failings. All I’ve ever been is an office drone. My aspirations never went beyond paying the rent. Why didn’t I have a hunger for something greater? And, please, I’m not fishing for compliments. It’s my birthday vent. Indulge me.

I was on my lunch hour walking up Seventh Ave. A pretty girl was walking towards me in the opposite direction. When we passed, she quickly looked away, as if she’d seen a hideous, old sea monster that just crawled out of the East River. When I was a young man and new to the city, girls would occasionally lock eyes for just an extra beat or two. The briefest of moments. Message received both times.

One box I never thought I’d tick was offspring. I didn’t think I had the emotional or financial capacity. But it’s worked out okay so far. I’m tempted to say I’m a better father to my girls that mine was to me, but that’s setting the bar artificially low. 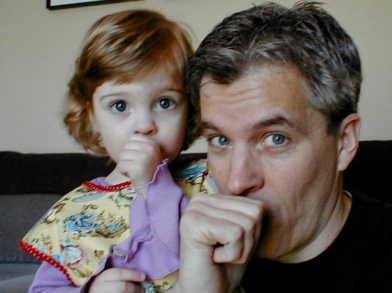 I don’t work for The New York Times but I work in their world headquarters. It’s a lovely building designed by the charmingly-named architect Renzo Piano. He also designed the new Whitney Museum of Art in the meatpacking district and The Shard in London. It’s a pleasure to walk in every morning, but the bathrooms are too small and inconveniently located. The neighborhood, 40th St. and 8th Ave., is gloomy. The first one is his fault. Not the second one.

It’s a high-profile building. There are often protests outside and a police presence. Trump paid a few visits during the presidential campaign. Needless to say, he hasn’t been back since. I’ve seen James Comey and Juliette Binoche in the lobby. The day of the Capital Gazette shootings, the building was surrounded by paramilitary troops.

The building has a cracker jack security apparatus. Nobody can sneak by these proud sentinels. 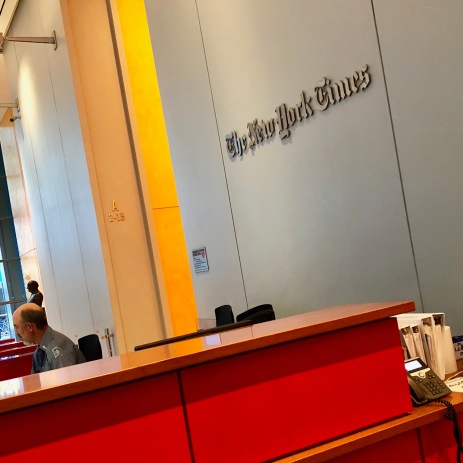 Unless there’s a good Abbott and Costello movie on. 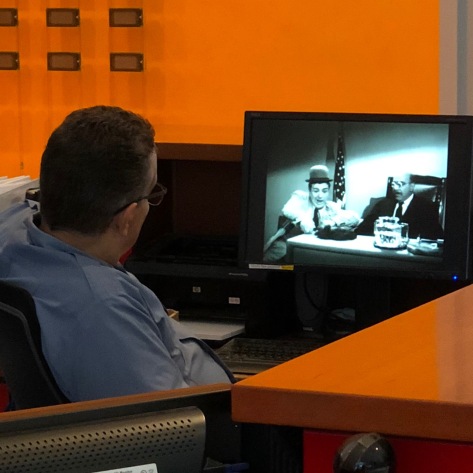 Look who’s back. Right on schedule. We see them every summer.

I’m on a very high floor. They roost near the top of the building to survey their kingdom. 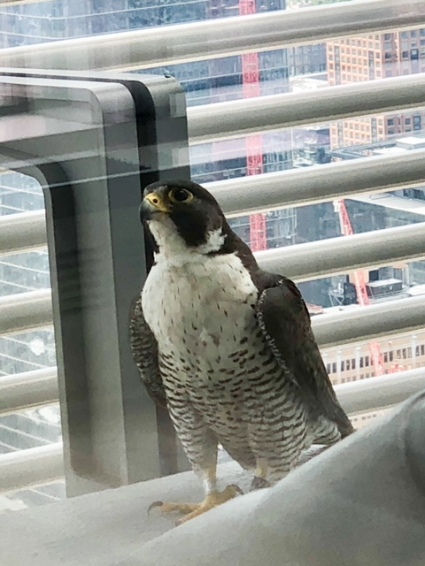 They come up to teach their young how to hunt. Yesterday, while sitting at my desk, I saw two shadows dart past my window, moving straight down. Attack mode. Note that both legs are banded. 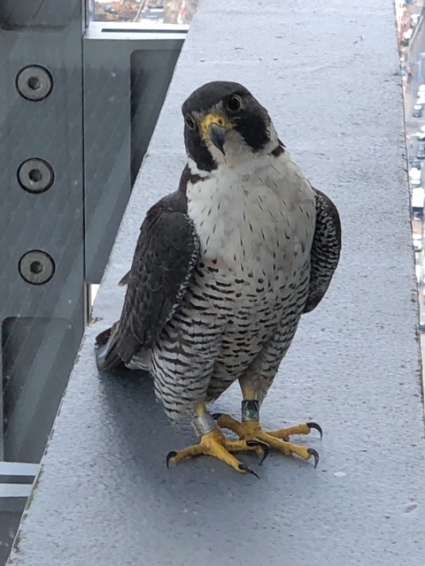 My friend did me one better. He looked out his window and saw a falcon on the fire escape across the way eating a rat that was still fighting for its life. The Circle of Life! 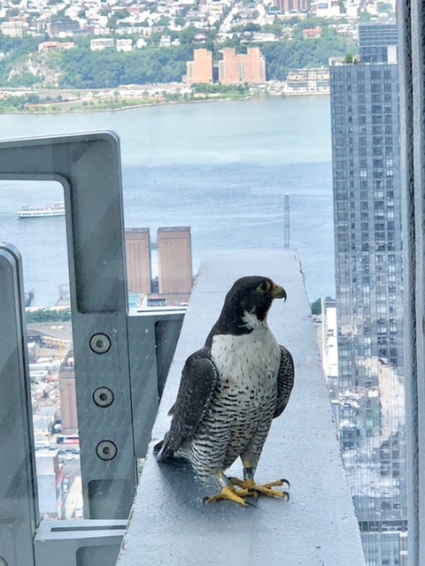 The reflection is *not* water. It’s my glass patio table top. I didn’t see it until after I’d taken the pic. Another happy accident.