I treated myself to Shakespeare’s Henry V. It was three hours but they flew by. I loves me the King plays.

When it began, I had my usual wrestling match with the dialog. It takes at least :10 to :15 minutes until I settle down with the cadence of Shakespearian English and acclimate myself to the iambic pentameter. (Whatever the hell that is. If you know, please explain.) It’s like trying to grab a garden hose that’s turned on full blast and is whipping around. 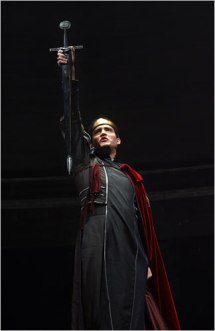 Henry V was one of England’s more successful monarchs. By the end of his rein, he ruled over a united England and France. His son, King Henry VI was a zero who lost everything his father built and started the War of the Roses. What a dickhead.

This play is a home run for an old Anglophile like me. In order to distract King Henry from his plan to liberate the church from a portion of its property and cash, the slippery Bishops (Are there any other kind?) conjured up a distraction. They convinced Hank that he is the rightful heir to the French crown. A war ensued and with a country to invade, who has time to abscond with church property?

Shakespeare’s historical dramas are based in fact. When Henry fought at Agincourt, a hungry and weary English army was outnumbered 10-1 by a fortified French army but England routed France! That’s a fact!

My comprehension of Shakespeare is tenuous at best. Do you know what helps? Jamming Cliff Notes the day before the play. I do it every time I see a Shakespeare play. Otherwise I’d get lost. I didn’t attend a University after high school so I’m a bit behind on all that stuff. 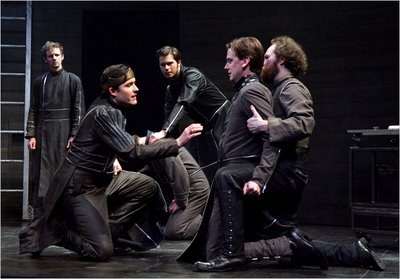