Disney has barely had time to recover from the last time I lambasted their Princesses.

How did they allow this to slip through the cracks?

Anyone with young daughters knows that no pediatric doctor or dentist worth his salt is without a healthy supply of Disney Princess stickers. Get a check up. Get a sticker. The kids love ’em. The stickers usually depict one of the Princesses in a demure, modest pose, sometimes surrounded by little bluebirds and bunnies.

In 2007, Disney released Enchanted starring Amy Adams and Patrick Dempsey. Though intended for a young audience, it’s a send-up of princess movies that’s actually a hell of a lot of fun. It’s big wet kiss to New York City, so it deserves a viewing for that alone.

In the opening sequence, Amy Adams’ Princess Giselle is depicted as an animated figure. She is pushed into a well by her evil stepmother (a deliciously over-the-top Susan Sarandon) and ends up crawling out of a manhole in the middle of Times Square into the”real” world. Hijinks ensue.

Here’s the sticker 3-Year Old Daughter just got from the dentist. It depicts the animated Amy Adams character. 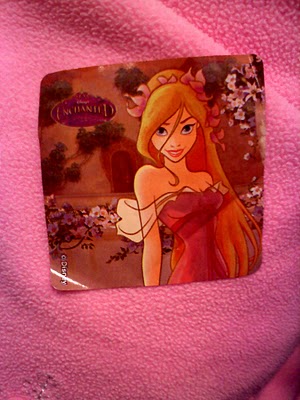 Tell me the truth. I can take it. Am I being old and creepy? (I mean, more so than usual.) I don’t think there’s anything demure or modest about this pose. I can’t be certain, but I’m pretty sure I’ve seen poses similar to this in Playboy.

In fact, the last time I had a girl look at me like this, with her too tight dress cascading off her shoulders and a come-hither gaze, I got my world rocked. It’s a cartoon, for cryin’ out loud! What’s my 3-year old suppose to make of this? I’m sure it must register something. 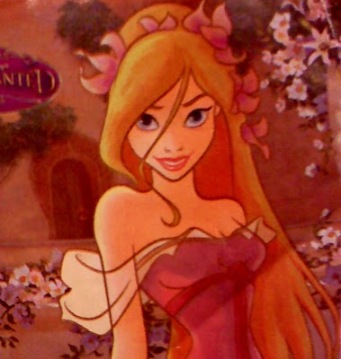