My contract at Massive Retirement Conglomerate, Inc. ended this week and I find myself on the dole and looking for work again. It’s painful and draining, to say the least. I was laid off from J.P. Morgan in December (a blessing in disguise) and found contract work a few weeks later. I knew it wouldn’t last but took it for practical reasons.

This is the first time in my life I’ve been an active participant in a full-blown crisis. Earthquakes, falling pianos and crimes are things that you read about in the paper but don’t happen to you. You tsk-tsk and turn to the sports page.

You lucky folks who are gainfully employed can afford to be blissfully unaware, but it’s still pretty bad out here. Especially in New York. You read the monthly new jobless claim figures and are unaffected, but take it from me, to be a part of a catastrophe is enough to test a man’s resolve. I have a friend who is an attorney. He recently told me his office received over 800 applications for eight openings.

Mrs. Wife and I consider ourselves lucky. We have some cash in reserve and can also live (very frugally) off of income derived from our investments and unemployment. Mrs. Wife has also picked up some side-work project managing the construction of a web site. Obviously, this can’t continue indefinitely, but we aren’t going to go underwater anytime soon. But not having work when you have two little girls looking up to you hurts, hurts, hurts. What the hell kind of provider am I?!

But it’s not all grief. There’s something sweet about being home. I painted the front door today because it needed it. It looks pretty good, if I do say so myself. I put training wheels on 3-Year Old’s bicycle and inflated the tires on all the bikes. I went to the gym and worked my ass off and then made myself a scrumptious plate of hash and eggs with rye toast for lunch. I had dinner with all three of my girls, which has never failed to satisfy me, and I gave 3-Year Old her bath. That never happens.

Tomorrow I have to visit the tax accountant in the city, but then I’m meeting up with Nurse H. The weather is going to be perfect (finally). We’re buying sandwiches and walking to Sheep Meadow in Central Park for lunch. Afterwards, I’m stopping into the International Center for Photography for an exhibit I’m dying to see—Twilight Visions: Surrealism Photography and Paris. 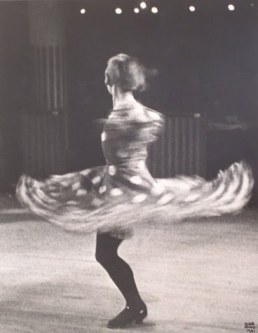 After that, I’m seeing a revival of Tennessee Williams’ The Glass Menagerie, that I hear is great. (The museum and theater tickets are complimentary, of course. All discretionary spending has been halted.)

So I will continue to hunt for employment and try to fight off the fits of depression with a whip and a chair. Mrs. Wife is a rock. I see no panic/fear in her eyes. And if you’ve got to be on the dole, you can do a hell of a lot worse than being surrounded by family and a stone’s throw from New York City. Amen, my brothers and sisters.

14 thoughts on “On the dole again”