Here’s another ALL-TRUE story from my distant past. More sordid tales under the Memoir category.

Diane asked me to come up to Boston and be her beard for her office Christmas party. She said she’d fly me up, provide my tux and put me up at the Copley Square Hotel.

[Note: beard [beerd]: slang. Any opposite sex escort taken to an event in an effort to give a gay person the appearance of being out on a date with a person of the opposite sex.]

I got a cab from Logan Airport and the driver was a Rastafarian blasting reggae so loud I had to repeat my destination three times. When we got to the hotel, I realized I only had $6.50 on me. I forgot to go to the bank. I told the driver I was broke. He laughed and said I was a true New Yorker, which I think is an insult. I called Diane and, fortunately, she had an account with the cab company, so everything worked out.

I checked into our suite and first thing I noticed was that there were separate beds. I guess the ruse is over once we’re behind closed doors. The party was in the Copley Square ballroom, so that was convenient. I could anesthetize myself against all those corporate stuffed shirts and not have to worry about wrapping the car around a tree while driving home.

My tux was waiting for me. I had sent my measurements earlier in the week and those idiots sent the wrong shirt. I have a 16½ collar and the shirt they sent had a 15½ collar. I made jokes all night about how I couldn’t swallow my food because my esophagus was squeezed shut. The shirt had studs, not buttons. After putting them in, Diane chuckled and said they were in backwards, so I had to take them all out and start over again. What a fucking rube. The cummerbund was easy enough, thank God. You should see me in black tie. For a peasant, I clean up pretty good.

Diane arrived and got dressed. She was wearing a sequined gown. She looked so beautiful! What a shame. She asked me to zip up the back of her dress, so I grasped the zipper with my thumb and middle finger and ran my index finger up her bare spine. It gave her a chill, which was very sexy. We went down to the packed ballroom at 7:00 where the festivities were well underway.

I was mesmerized by the ostentatious show of wealth. I haven’t seen that many jewels since I visited the Tower of London. These are people who made it and aren’t ashamed to show it. I drank Chivas and soda and Diane drank Johnny Walker Black—all night, all for free. Not only did I not embarrass myself by saying something stupid, people seemed genuinely amused by my well-rehearsed bon mots. Food was everywhere. All you had to do was stick your arm out and you could grab shrimp or lamb or chicken or crab or beef. I tried steak tartare and didn’t like it very much, but it was the first time I tried black caviar and that was lovely.

The room was thick with New England, blue blood accents. I think some of the women were flirting with me but, Jesus, what could I do?! I was with Diane and THEY were there with their husbands/ boyfriends! I strayed away from Diane when she discussed business because I found it so insufferably dull. One time, she asked me to excuse myself from the conversation and later that night she told me they had to discuss firing someone the following Monday. Right before Christmas! How heartless. I chatted with the Head of Marketing and his charming wife for a long while. I told them I was a writer and only working in graphic design until I’m published. That was one of the MANY lies I told that night.

I walked outside onto a grand balcony for a cigarette and met the sons of the owners of the [redacted] and [redacted] football teams. I mostly observed. They were saying terrible things, asking each other if their wives still “sucked their cocks” and saying, “Hell no, are you kidding?!” Then they were bragging about the “great fucks” they’ve had in the owner’s box at the stadium “where [team owner] takes a shit.” THEN they were complaining about the blacks who were admitted to their country club! At first I thought they were kidding around but they were serious. It was like an evil Saturday Night Live skit. One by one, a wife would come out to fetch a husband and when they were out of earshot, they would comment on what a battle axe he was stuck with. It was just awful.

We finally rolled up to the suite about 12:30. I took my jacket off and threw it across the room, sat on the sofa, untied my bow tie, threw it in the opposite direction, undid my shirt collar and exhaled. Diane walked over and sat next to me on the sofa. We gossiped a bit about stuff we overheard and then she lay down with her head in my lap, reached up and pulled my mouth on top of hers. It was a lovely surprise. She tasted like red wine. We kissed for a long time and I started to get frisky so she said that was enough. How do women do that!? How do they just come to a dead STOP?!  Karen does that to me, too. 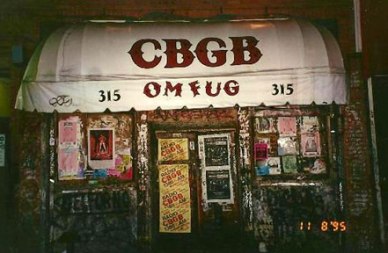 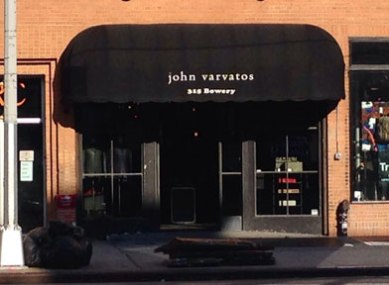 Gentrification has always been with us and it always will be. Complaining about it is so boring. CBGB’s was over when I was going there but those were some of my best years. And walking past there the other week gave me the blue blues. It made me so sad. I guess I’m just a sentimental fool.

67 thoughts on “The weekend I pretended to be her boyfriend”