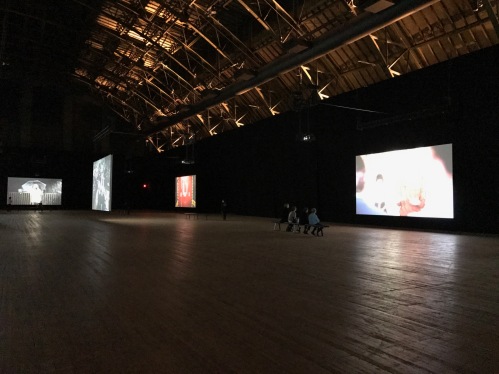 The first film you see upon entering the drill hall is a lit fuse. Metaphor amok!

Cate Blanchett is a different character in each film. News anchor. Puppeteer. Punk. Homeless man. CEO. Conservative housewife. etc. She’s heavily made-up and unrecognizable in many of these.

At one point, all thirteen screens simultaneously cut to a severe close-up of her face as she delivers a penultimate manifesto statement. She delivers these few lines in the same monotone in each film, filling the armory with a buzz of art-speak gibberish. Sounds pretentious and dull, doesn’t it? It’s not.

It’s interesting to see what they do with this giant drill hall space. There’s been some great projects but it’s going to be impossible to top Ernesto Neto’s anthropodino.

There was a terrible plane crash last night at LaGuardia. 27 people died. It was trying to take off during a snowstorm. It bounced on the runway a few times and then burst into flames. It wound up half on the runway and half in Flushing Bay. I don’t know where I’d rather come to rest; in the freezing drink where I’d drown in ice water or on the runway where I’d burn up. Probably the former.

I always think about crashing when I take off and land. What a terrible way to go. It was a U.S. Air flight bound for Cleveland. That’s a little too close to home for me. They sent psychologists to Hopkins Airport in Cleveland to deal with traumatized family members. I keep thinking about the parasitic media crawling all over the victim’s families asking, “How do you feel?” Can you imagine going to journalism school and that’s what you end up doing?

The flight number was 405. Everyone is playing that number in the lottery. They always do that in New York. Ghouls.

Candace made dinner for me on Friday. I didn’t think that girl knew how to boil water but it was a very nice meal. The brown rice was a little undercooked but the chicken was good. We both got loaded. I wonder what possessed her to do that? Make dinner for me?

After dinner we saw The Master Builder on Broadway. It was awful. Not even having Lynn Redgrave in the cast could save the production. Ibsen’s work always seems comically outdated to me. The acting was atrocious. We left there laughing hysterically and went down to Continental to see Big Fag. The guitarist never showed up and their lineup changed but I still liked them. I don’t know what Candace thought. After Big Fag, The Funky Knights played. They were polished and dull.

Got a cab and dropped her off at Avenue A and 3rd and went home to Brooklyn. I think she wanted to kiss me in the cab but I was so drunk I didn’t trust my judgment. Plus, I’m exhausted from being turned down so often. If she’s interested, let her initiate it. 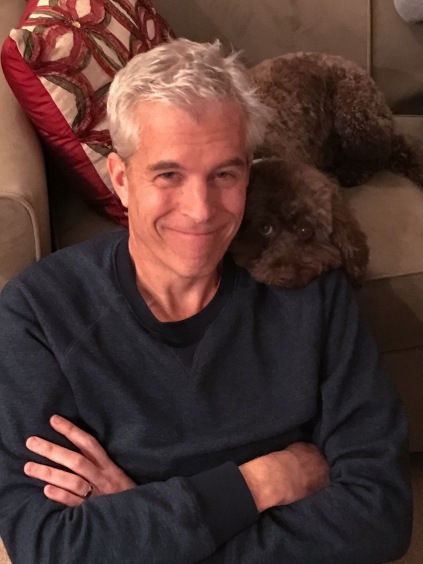 Give me a break. This is the same villainous canine who bit me repeatedly. I know what’s going on. She hasn’t tasted my flesh in a while and is trying to get me to drop my guard. It’s not going to work. I’m not stupid.